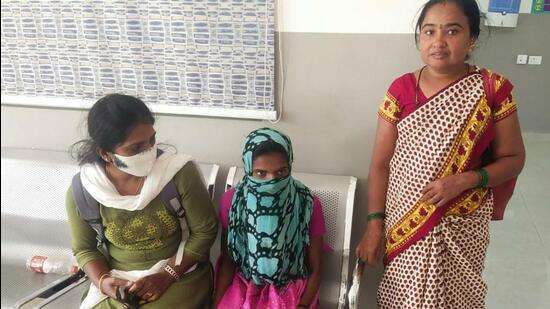 Cops to book case against victim’s parents, uncle under Prohibition of Child Marriage Act. The petrified victim fled from the room where her parents were making arrangements for the consummation of the marriage euphemistically termed as ‘first night’.

A minor girl was forcibly married on her 12th birthday to her 35-year-old uncle, D. Ravinder, in Keshampet mandal under the Cyberabad police commissionerate limits on Monday, May 16, a report in the Deccan Chronicle, says.

Invited guests on the May 12 occasion were told it was her birthday party. They had no clue that it was a cover-up for a secret and illegal marriage.

Realising her predicament, and unable to reconcile to the life-long nightmare ahead, the young girl fled from the room to another uncle’s house in Keshampet, while her parents were making arrangements for the ‘first night’ .

Although her parents managed to drag her back from the uncle’s house, the victim managed to flee, yet again and first sought the help of the  Keshampet sarpanch Vishnuvardhan Reddy’s house, but he was supposedly away in Hyderabad.

On Monday, she approached K. Lakshmi, an Anganwadi teacher, who consoled and counselled her. Ms Lakshmi then alerted Sirisha Yadav, Keshampet supervisor of the Integrated Child Development Services (ICDS). Together, the duo lodged a complaint with Keshampat police.

The victim is now safe in a shelter home in Rachakonda. Inspector Praveen Kumar has assured that action would be taken against the minor girl’s parents and all those involved in the marriage, Sirisha Yadav said.

Praveen Kumar said, “We are investigating the matter. We will book a case against the victim’s parents and the ‘groom’ uncle under the Prohibition of Child Marriage Act.”

Despite repeated warnings by the Woman Development & Child Welfare (WD&CW), the ICDS and police, instances of sporadic child marriages keep getting reported from different parts of the state.