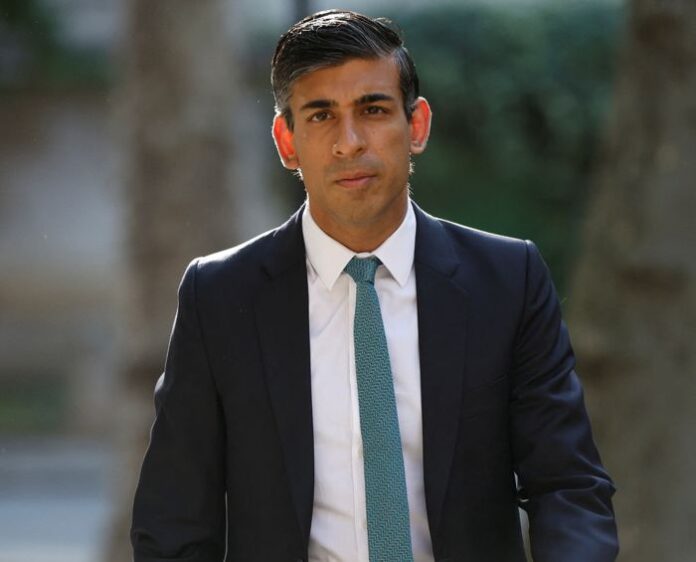 The 42-year-old British Indian former Chancellor laid out a 10-point plan to secure the UK’s borders if he wins in the Tory members’ postal ballot, the results of which will be known on September 5.

London: Rishi Sunak on Sunday, July 24, focused on the sensitive issue of immigration by promising a “healthy dose of common sense” approach as part of his bid to win over Conservative Party voters in the leadership race for a new party leader to succeed Boris Johnson as Prime Minister, a report in The Tribune, Chandigarh, says.

The 42-year-old British Indian former Chancellor laid out a 10-point plan to secure the UK’s borders if he wins in the Tory members’ postal ballot, the results of which will be known on September 5.

Writing in a daily, he also promised to curb the power of the European Court of Human Rights (ECHR), withhold aid money if countries refuse to take back failed asylum seekers and criminals, and use cruise ships to house illegal migrants.

“The ECHR cannot inhibit our ability to properly control our borders and we shouldn’t let it. We need to inject a healthy dose of common sense into the system, and that is what my plan does,” he wrote.

The Tory MP for Richmond (Yorks) suggested that the government has so far failed to deliver on the Vote Leave Brexit pledge to “take back control” of the country’s borders, as he describes the country’s asylum system as chaotic and “broken”.

Reviving his Brexit credentials as someone who campaigned for Britain to leave the European Union (EU) in the 2016 referendum, Sunak pointed out that immigration and a desire to control Britain’s borders was one of the factors that motivated him towards that decision.

“The ECHR cannot inhibit our ability to properly control our borders and we shouldn’t let it. We need to inject a healthy dose of common sense into the system, and that is what my plan does,” he wrote.

On the controversial policy of deporting some illegal migrants to Rwanda, he declared that the UK cannot “waste large sums of taxpayers’ money” on the policy only to fall at the first legal hurdle. “I will make the policy work and will do whatever it takes to implement it and pursue additional similar partnerships,” he declared.

Truss also geared her campaign focus towards immigration on Sunday as she also pledged to ensure the scheme to deport some illegal migrants to Rwanda is fully implemented.

“As PM, I am determined to see the Rwanda policy through to full implementation as well as exploring other countries where we can work on similar partnerships,” she said.