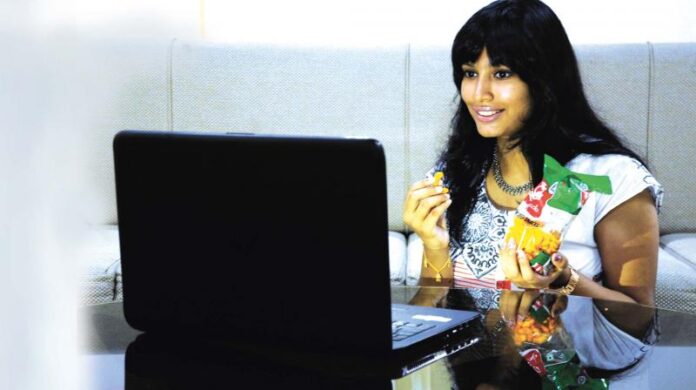 For instant gratification, many reach a ‘blissful state’ while on OTT platforms. It gets scarier when people are hooked onto watching thrillers and crime series as they start living the characters.

HYDERABAD: Binge watching of films or videos on TVs, computer screens, laptops, oe even cellphones for  that matter, can actually cause severe damage to the brain, leading to depression, anxiety, stress, insomnia and loneliness.

For instant gratification, many reach a ‘blissful state’ while on OTT platforms. It gets scarier when people are hooked onto watching thrillers and crime series as they start living the characters.

“Watching crime thrillers on television or on web series is normal. But this starts impacting our attitude and gets reflected in our personality. Though they help us to be vigilant about the happenings around us, they can lead to sleep disturbances and anxiety, said Dr Virinchi Sharma, a consulting psychiatrist in the city.

Binge watching leads to an unhealthy mental health and the individual will continue to live in fear. Depression and anxiety as seen in most cases, including teenagers, but they go unnoticed, cautions psychologist Dr Rajini T.

Manzar Alam, Founder Editor, www.arunachal24.in, a former bureau Chief (Northeast), Zee News ) says  ‘Binge’ means to do something  nonstop. Similarly, Binge Watching means “watching the episodes of a programme one after the other continuously”.

Earlier serials running in television could only be watched once every day. But now that doesn’t happen. Nowadays, due to the modern mobile and internet, we can watch any serial or its episodes continuously for many hours, and  this practice is called “Binge Watching”.

Generally we use this word for web series. Many big platforms like Netflix, Amazon, MX Player make web series of 8 -10 episodes which are often binge watched by many users. They watch TV continuously for several hours at a time until all the episodes have been watched. That’s why “Binge Watching” has become as addictive as taking drugs

And it becomes crucial to talk about its side effects.

On July 24, 2022 in Jaipur,  a 3-month-old girl was suffering in fever for 8 hours, but the mother busy watching the webseries on OTT did not even realise that her baby girl lying next to her was suffering from fever. If the child’s father had not intervened at the right time, the girl could have died.

Earlier serials running in television could only be watched once in a day. But now you can watch them whenever and for as long as you like. Nowadays, with mobile phones and internet, we can watch any serial or its episodes continuously for many hours, and this practice is called “Binge Watching”.

In Kolkata on 22 February 2022,  A 12-year-old boy who used to watch a  Japanese web series committed suicide by jumping from the 11th floor of the apartment. Police investigation, revealed that the boy had jumped from his apartment hoping an angel would save him as miraculously shown in the Japanese web-series ‘Platinum End’.

According to a case study, 4 out of 5 smartphone users in India constantly watch their favourite content on OTT. OTT Apps have d become the most downloaded apps in 2020 itself.

One of the primary reasons for increase in binge watching had been the corona epidemic. A study says that during the lockdown, mobile and OTT platforms became the biggest source of  spending time while confined to their homes.

The study also shows that due to mobile, people of all ages have access to the OTT platform.

The OTT platform gives the users the freedom to watch their favourite shows at their convenient time without any commercial breaks, which has led people to spend their free time on the OTT platform.

Psychiatrists and psychologists believe that watching webseries continuously for 8 to 10 hours at a time is like drug addiction in which even the personality of the user is changing.

Medical science says that the addiction of binge watching releases dopamine in our brain. It is a kind of happy hormone that motivates the mind and body to watch web series continuously. It is exactly the same process experienced during drug addiction.