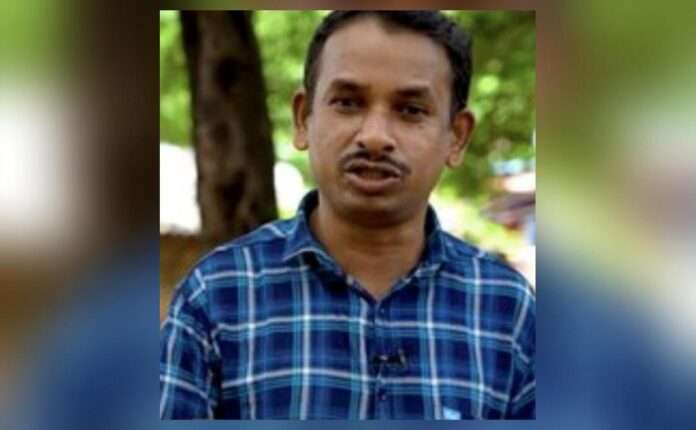 The Goa State Innovation Council has lauded Bipin Kadam for his innovation, which he has titled ‘Maa Robot’, and is providing him financial support to work on the machine further and explore its commercial viability.

Panaji: Pained by his ailing wife not being able to feed their differently-abled daughter, a daily wage worker in Goa having no technical knowledge has built a robot to help the girl have food without anyone’s support, a PTI report in the Deccan Chronicle, says.

The Goa State Innovation Council has lauded Bipin Kadam for his innovation, which he has titled ‘Maa Robot’, and is providing him financial support to work on the machine further and explore its commercial viability.

The food is kept on a plate which is part of the robot. It feeds the girl, who cannot move and lift her hands, on a voice command specifying what she wants to eat, like vegetable, dal-rice mix or other items.

Kadam, who is in his 40s and a resident of Bethora village in Ponda taluka of south Goa, has been doing odd jobs as a daily wage worker.

He told PTI that his 14-year-old daughter is differently-abled and cannot eat on her own.

She was entirely dependent on her mother.

About two years back, my wife was bed-ridden. She used to feel sad and cry as she was not able to feed our daughter. I had to come from work to feed her,” he said.

Kadam’s wife insisted he should do something so that their daughter could have meals on time without being dependent on anyone.

This led Kadam to start a search about a year back for a robot which could feed her.

“There was no such robot available anywhere. So, I decided to design it myself”, he said.

Kadam looked for information online to learn the basics of a software.

“I would work for 12 hours without a break and then spend the rest of my time in researching and learning how to make a robot. I researched continuously for four months and then designed this robot. I get energised when I come back from work and see my daughter smiling at me,” he said.

The ‘Maa Robot’ feeds the girl on her voice command, he added.

Prime Minister Narendra Modi has been promoting an Atmanirbhar Bharat. The same way, I wanted to make my child atmanirbhar (self-reliant) and not dependent on anyone, he said.

Kadam said he wants to make similar robots for other children too.

“I want to take this robot across the globe,” he said.

The Goa State Innovation Council has lauded the work of Kadam and the state-run body is providing him financial help to fine tune his robot further and also work on exploring a commercial market for the product.

The Council’s project director Sudeep Faldesai said Kadam has prepared a saleable product which can help several people who are facing a similar situation.

Faldesai said a price cannot be fixed for this product right now as it is yet to be evaluated commercially.