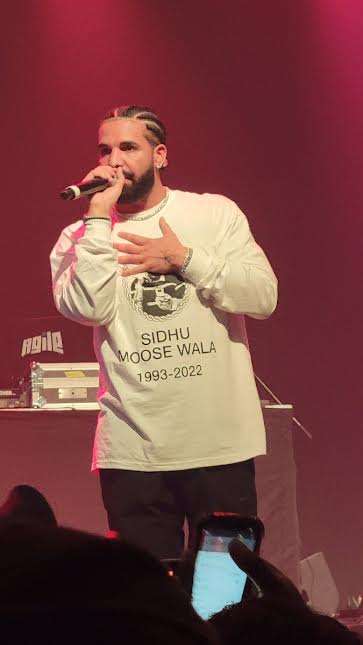 Canadian Rapper Drake paid tribute to singer Sidhu Moose Wala by wearing a t-shirt with a picture of him at a concert in Toronto. Drake was performing at a warm-up concert ahead of his upcoming OVO Fest Tour in the Canadian city where he arrived wearing the white T-shirt.

The event took place on July 28 at History, a new venue in Toronto. In the video going viral on social media, a huge crowd is seen capturing the photos and videos of Drake as he starts his show. Moose Wala, the 28-year-old singer from Punjab, was shot dead two months ago, reported ndtv.com.

“I’m here tonight, grateful, just as a kid who grew up wide-eyed. I’m a fan, I’m one of you tonight. I’m grateful to be from the greatest city in the world,” Drake said as the crowd cheers. The video has been viewed thousands of times on various social media platforms.