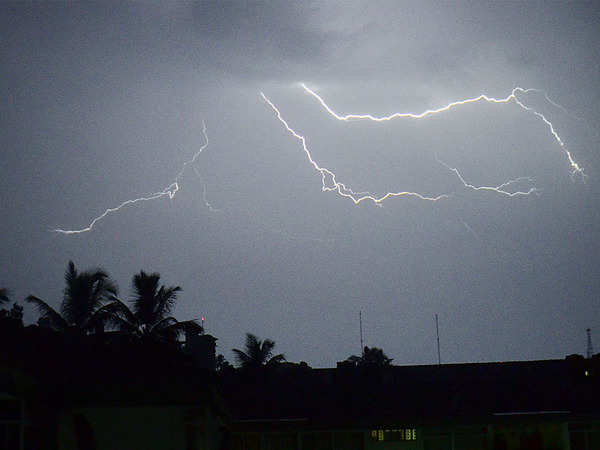 DUBAI: As heavy rains hit parts of the country, the National Centre of Meteorology (NCM) has issued an alert and urged caution in the face of extreme weather, a report in the Khaleej Times, says.

The NCM has advised people to stay away from areas of flash floods in the eastern parts of the country.

Dark skies over Fujairah and Khor Fakkan on Tuesday night (July 26) and early this morning were lit up by lightning and thunder.

Rains have been forecast for the rest of the week, with a “significant decrease” in temperatures.

According to a five-day weather bulletin issued by the authority, cloudy conditions will persist till Saturday.

The NCM has reminded the public of precautions to be taken in extreme weather conditions, including slowing down while driving in low visibility, and avoiding the sea.

UAE residents woke up to overcast skies on Tuesday morning, with some enjoying summer rains in parts of the country. The National Centre of Meteorology (NCM) reported rains over Al Ain, Abu Dhabi and Hatta, while it drizzled in parts of Dubai.

The NCM has forecast rains for the rest of the week, with a “significant decrease” in temperatures.

The NCM has reminded the public of precautions to be taken in extreme weather conditions, including slowing down while driving in low visibility, and avoiding the sea.

According to a five-day weather bulletin issued by the authority, cloudy conditions will persist till Saturday. Rains are likely to fall Eastward, “extending over some internal and Northern areas”.

In an alert issued for Tuesday, the Met office warned of 60kmph winds kicking up dust. Seas will be very rough at times, with wave heights reaching up to 8 feet:

For Wednesday, the authority warned of “unstable weather”, with top wind speeds of 60kmph.

The NCM has issued safety measures to be followed during extreme weather conditions:

The Abu Dhabi Police also urged motorists to be cautious while driving during rainy weather conditions. The force asked drivers to reduce speed and leave sufficient space between their vehicles and those in front of them.

An NCM official had earlier explained to Khaleej Times that rains have been more frequent and heavier in the UAE this summer. Summer rains are not uncommon as the country experiences monsoon low pressure from India. The emirates could see up to three days of rainfall a week during summer, the official had said.