The legend of the Capistrano Swallows 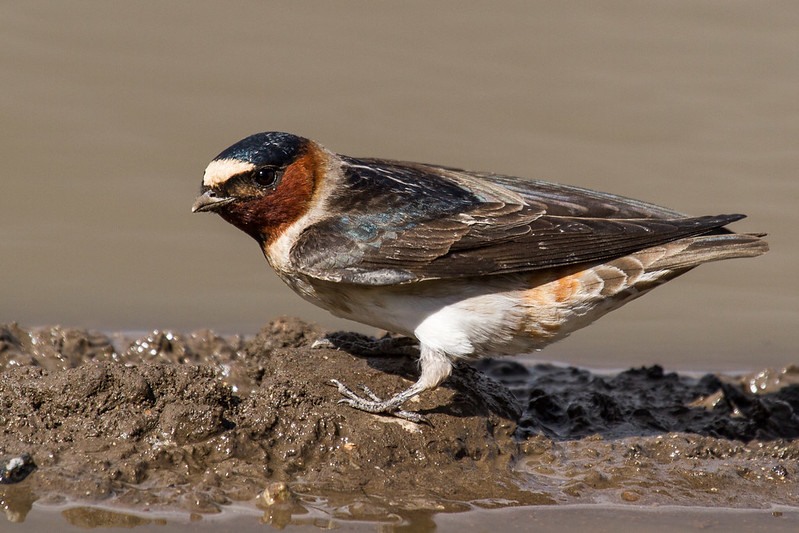 Orange County residents, in the vicinity of the San Juan Cathedral, California, believe that if the swallows stop coming back to Capistrano, just as they’ve been doing year after year for more than a couple of centuries, it could spell the beginning of bad times for the whole town.

Perhaps that’s the reason why these birds are feted in a special festival and a host of other celebrations on March 19 by the townspeople. On this day, swarms of these cliff swallows cover the skies like swirls of dark clouds, as they return after their winter sojourn in Argentina 6000 miles away, after almost 6 months. Their migration to the sunny and warmer climes of South America takes place on October 22. 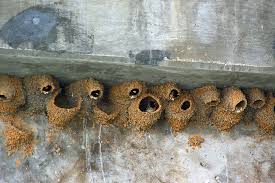 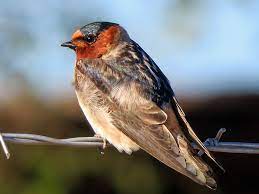 Thousands of orange-tailed migrants fly in to reclaim their old nests in the ancient arches and walls of the Mission, and to raise their young in the valley. The swallows of San Juan Capistrano have made the Mission and the city world-famous.

The festival of the Swallows goes back a couple of centuries. The padres at the San Juan Cathedral in Capistrano, California, observed that the birds returned each year on or about St. Joseph’s Day on the church calendar, March 19.

The Capistrano cathedral was founded November 1, 1776, by Father Junipero Serra, a Spanish Franciscan Priest. After being seriously damaged in an 1812 earthquake, the mission was never fully rebuilt.

The Capistrano birds are Cliff Swallows, which have probably been returning to the area for centuries. They transferred their nests to the eaves of the Mission when it was built near two rivers. This was an ideal spot for swallows to nest and raise their young.

Strange as it may seem, but I’ve always known about the swallows of Capistrano since I was a 7-year-old without ever knowing what it really meant. It was a lot like holding the key to a treasure box, without any idea of knowing where the treasure box lies. Yes, my only connection with Capistrano, was a song. 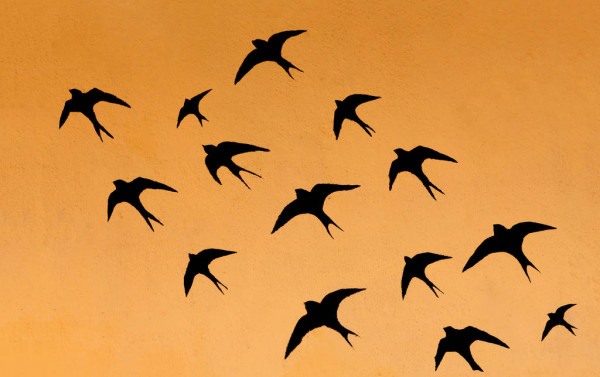 In 1939, songwriter Leon Rene was listening to the radio one morning when he heard the announcer say the swallows were about to arrive at the Mission San Juan Capistrano. He got the idea for a song and wrote “When the Swallows Come Back to Capistrano.” The song was a hit. The song I learnt to sing as a little boy, was the Pat Boone version, a very popular American singer of that time

Here is one verse from the song:

The Swallows of Capistrano

When the swallows come back to Capistrano

That’s the day you promised to come back to me.

When you whispered farewell in Capistrano

Twas the day the swallows flew out to the sea.

Some Orange County residents fear that the numbers of these migratory birds may dwindle with the passage of time. Incessant urbanisation in and around Capistrano has reduced the wetlands in the area. The wetlands provide the Capistrano Swallows with an abundant supply of insects as food. Obviously, the dwindling wetlands may force the swallows to look for a new nesting places. And with that the legend of the Capistrano Swallow may sadly come to an end, unless the townsfolk get together and do something about it. 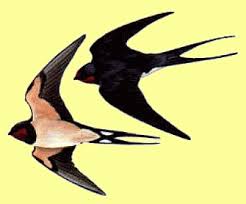 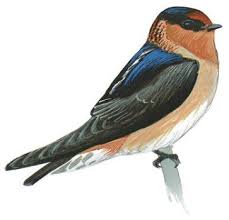 There are around 90 species of swallows, of which the Cliff Swallows, the Barn Swallows and the Tree Swallows are the commonest. The Capistrano Swallows are cliff swallows. Not all swallows are migratory and they can be found all around the world. They mostly feed on insects. Without exception, swallows are almost of the same size and build as the common House Sparrow. Swallows are excellent flyers and possess the ability to hunt and feed themselves on the wing. The female swallow lays 4-5 eggs which take 10-21 days to hatch..

There are many myths and legends associated with swallows, especially in the writing of Pliny the Elder of Greece and in the folklore of Korea. During the 19th century, a Frenchman Jean Desbouvrie tried to tame and train swallows as messenger birds in place of carrier pigeons. But the initiative did not meet with much success and had to be ultimately abandoned. Sailors at sea believe that swallows bring them good luck because they are an indication that land is nearby.

(For over four decades, David Solomon’s insightful stories about people, places, animals –in fact almost anything and everything in India and abroad – as a journalist and traveller, continue to engross, thrill and delight people like sparkling wine.)