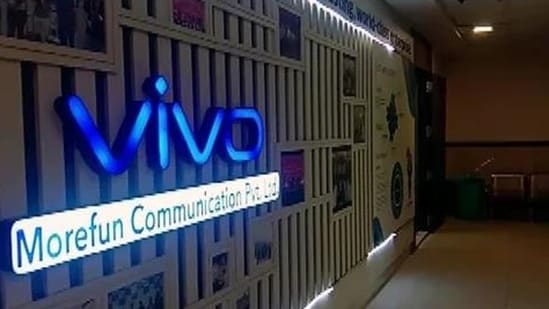 According to the ED, Vivo India’s 23 associated firms such as Grand Prospect International Communication Pvt Ltd (GPICPL) transferred amounts to the firm and out of India. The agency mentioned the associated firms and said that “these companies are found to have transferred huge amounts of funds to Vivo India

On Friday, Senior Attorney Siddharth Luthra brought up the situation before the Delhi High Court bench, which also included Justice Subramonium Prasad and Chief Justice Satish Chandra Sharma. He said that the ED had blocked all of our bank accounts.

The Indian Enforcement Directorate (ED) has been taken to court by Vivo India in connection with a money laundering investigation. On July 8, Senior Attorney Siddharth Luthra mentioned before the Delhi High Court bench, that the ED had blocked all of Vivo India’s bank accounts.

“We have 9000 employees. There is a liability,” Luthra said. In its argument, Vivo India said that the ED’s actions would seriously damage the company and harm both its reputation and business operations. The freezing of the bank accounts would have a negative impact on the petitioner’s operations both in India and around the world in addition to impeding any current or future business operations of the petitioner conducted through the bank accounts.

“If amounts in the Petitioner’s Bank Accounts remain frozen, it would not be able to pay its statutory dues to the competent authorities under various enactments, leading to the Petitioner, being in further violation of law. The freezing also prevents the payment of salaries to the thousands of employees of the Petitioner.”

According to the ED, Vivo India’s 23 associated firms such as Grand Prospect International Communication Pvt Ltd (GPICPL) transferred amounts to the firm and out of India. The agency mentioned the associated firms and said that “these companies are found to have transferred huge amounts of funds to Vivo India. Further, out of the total sale proceeds of Rs 1,25,185 crores, Vivo India remitted Rs 62,476 crores almost 50 per cent of the turnover out of India, mainly to China,” ED said in a statement. These payments were made in order to reveal significant losses in Indian incorporated businesses and avoid paying taxes.

The information was made public by the ED in a statement following a search at 48 locations throughout the nation that belonged to Vivo Mobiles India Private Limited and its 23 related businesses,

According to ED, Multi Accord Ltd, a Hong Kong-based business, established Vivo Mobiles India Pvt Ltd on August 1, 2014, and it was registered with the Delhi Registrar of Companies.

Additionally, Zhengshen Ou, Bin Lou, and Zhang Jie incorporated GPICPL with the aid of Chartered Accountant Nitin Garg on December 3, 2014, at the Registrar of Companies in Shimla, with registered addresses in Gandhi Nagar, Jammu, and Solan, Himachal Pradesh.

During raids, the ED said, due procedures as per law were followed at each place but “the employees of Vivo India, including some Chinese Nationals, did not cooperate with the search proceedings and had tried to abscond, remove and hide digital devices which were retrieved by the search teams”.

According to the ED, 119 bank accounts belonging to various entities have so far had cash amounts totaling roughly Rs 73 lakhs and fixed deposits worth 66 crores from Vivo India as well as 2 kg gold bars and a gross balance of Rs 465 crores seized under the terms of PMLA, 2002.