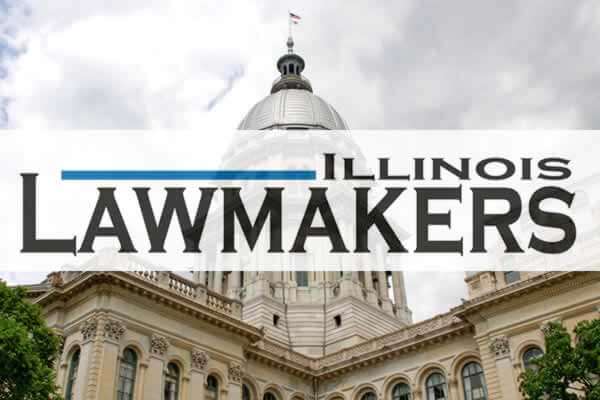 Illinois State Senator Ram Villivalam said that the state will change a law, passed earlier this year to set up an Indian American Advisory Council, that uses religion to define the Indian American community

Indian Americans living in Illinois, USA, have been concerned about a law, passed earlier this year, that erroneously uses religion as a marker to define who Indians are, especially excluding those who are Muslim. Illinois State Senator Ram Villivalam said that the state will change a law, passed earlier this year to set up an Indian American Advisory Council, that uses religion to define the Indian American community, thus creating the potential for anti-Muslim discrimination, reported Sabrangindia.

Section 5 of the Illinois Indian American Advisory Council Act’s (HB4070) erroneously describes ‘Indian’ as, “a person descended from any of the countries of the subcontinent that are not primarily Muslim in character, including India, Bhutan, Nepal, and Sri Lanka.”

Among those who campaigned to get this section repealed were the Chicago Coalition for Human Rights (CCHR) and the Indian American Muslim Council (IAMC), an advocacy organisation dedicated to safeguarding India’s pluralist and tolerant ethos. After meeting several civil society groups, Senator Villivalam tweeted: “It has been brought to my attention that the Indian American Advisory Council law was drafted with language that is not inclusive to all Indian Americans who call Illinois home. I am committed to working with my colleagues, stakeholders, and constituents to rectify this language. Just like we have done with hundreds of other laws and programs, we will ensure this law reflects the diversity and the welcoming nature of our state. I am proud of the work that has been done on behalf of and in collaboration with the Muslim American community.”

“India’s own constitution is secular and pluralistic and does not describe India as a primarily non-Muslim country, so it is disingenuous for Illinois state to create that false description,” Asad Khan said. Added IAMC’s Ahmed: “India is not primarily non-Muslim. Period. It belongs equally to people of all faiths that have lived in India for centuries.”

The activists told Senator Villlivalam and the other lawmakers that describing India, Sri Lanka, Bhutan, and Nepal as “primarily non-Muslim” countries was a clear and naked attempt to inject Hindu supremacism and Islamophobia in Illinois,” Ahmed said.

Sharma welcomed the fact that every legislator “we spoke with understood that establishing a South Asian American Advisory Council based on geography, rather than using politically-charged, discriminatory language, was the way forward”.

The activists urged the lawmakers to pause any appointments to this Council until the law was altered. Illinois must consult extensively with the Indian community, including all faiths, caste, and language, to select the Council’s members, they said

Sharma also tweeted to Senator Villivalam that India was not “a religion; it’s a secular country. We must be defined by geography not faith.” Saying that India was home to over 200 million non-Hindu individuals, Sharma tweeted that describing Bhutan, Nepal and Sri Lanka as “Indian-majority countries” was an “inaccurate [and] offensive designation,” and if this was “a South Asian American Council it must include all hailing from ALL South Asian countries (Afghanistan, Bangladesh, Pakistan, Maldives).”

The activists urged the lawmakers to pause any appointments to this Council until the law was altered. Illinois must consult extensively with the Indian community, including all faiths, caste, and language, to select the Council’s members, they said.