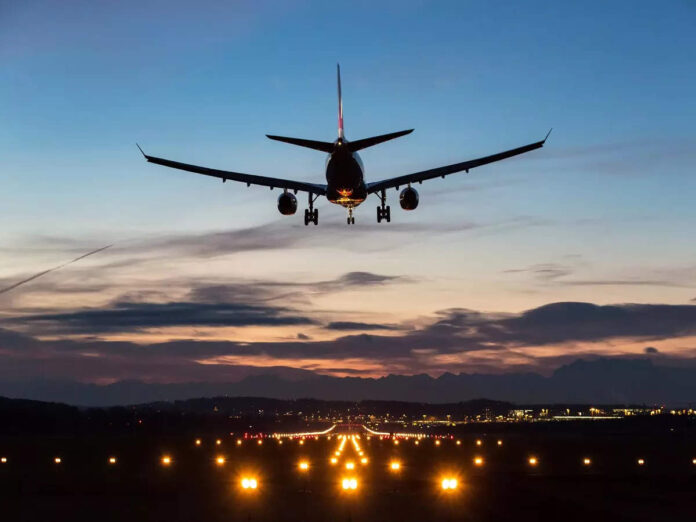 Amidst the heavy demand this summer, airfares across sectors have started going up

The high Air Turbine Fuel (ATF) prices along with the weak Indian rupee (against the US dollar), has forced the Indian aviation sector to ask for immediate relief measures from the government. Amidst the heavy demand this summer, airfares across sectors have started going up. In fact, industry watchers feel that the trend will continue for some time, according to a report in ETTravelWorld.

Airlines have been constantly asking the government to bring ATF under GST. The hike in fuel prices has hit Indian carriers hard just about when they were beginning to recover from the effects of the Covid-19 pandemic. With no other option before them, the airlines have made it clear that ticket prices will have to increase. Fliers will have to pay 15-20 per cent more for the tickets.

Ajay Singh, Chairman and Managing Director, SpiceJet was quoted saying to ETTravelWorld: “Aviation turbine fuel prices have increased by more than 120 per cent since June 2021. This massive increase is not sustainable and governments, central and state, need to take urgent action to reduce taxes on ATF that are amongst the highest in the world. We have in the last few months tried to absorb as much burden of this fuel price rise, which constitutes more than 50 per cent of our operational cost, as we could. The weakening of the Indian rupee against the US dollar further significantly impacts airlines as our substantial cost is either dollar-denominated or pegged to the dollar. The sharp increase in jet fuel prices and the depreciation of the rupee have left domestic airlines with little choice but to immediately raise fares and we believe that a minimum 10-15 per cent increase in fares is required to ensure that cost of operations are better sustained.”

Airlines have been constantly asking the government to bring ATF under GST. The hike in fuel prices has hit Indian carriers hard just about when they were beginning to recover from the effects of the Covid-19 pandemic

A spokesperson from IndiGo pointed out that the situation was impacting the aviation sector as it constituted almost half of any airline’s operational costs. The latest hike in the ATF prices was the tenth straight increase since the start of 2022. “To facilitate recovery of the aviation sector and to make flying viable for everyone, we would request the government to at least bring ATF under GST so that the benefit of the input tax credit can be availed,” said the spokesperson.

Ultra-low-cost carrier Go FIRST echoed similar sentiments. “The fuel cost has gone up close to 100 per cent over the last five months which is a point of concern for the airline companies. It’s quite surprising that despite the international crude prices being stable between USD 100 and 120 over the last 3 months, the ATF in India has been going up like crazy. The collaborative impact on international crude has only been 40 per cent in the last five months, however, in India, the ATF has seen almost a 100 per cent hike during the same time. Being a ULCC we have been able to keep our cost structure affordable all this while. Fortunately, the consumer demand has been consistent and quite encouraging despite the rising prices of tickets,” the Go FIRST spokesperson said.

Online travel agencies and tour operators too want the government to take steps soon. Sabina Chopra, Co-Founder & COO, Corporate Travel & Head Industry Relations, Yatra.com was quoted by ETTravelWorld saying that “the rise in ATF prices brings in one of the biggest challenges for the aviation sector, as it is one of the major factors impacting the operational costs for airlines. There is a pent-up demand for summer vacations domestically and to international locations and with ATF prices going up, this has a direct impact on the airfares across markets. We at Yatra.com have witnessed a 30-40 per cent rise in airfares in the last two months with demand subdued for the month of June. On the International travel front, since airlines are not operating at full capacity on all routes, the fares have continued to rise. It is also important to understand that apart from ATF prices, airfares are being impacted by the depreciation of the rupee, moderate market recovery, and airlines not operating to the fullest of their capacity.”