Indian aviation industry to see consolidation to 2-3 major players in each segment: CAPA 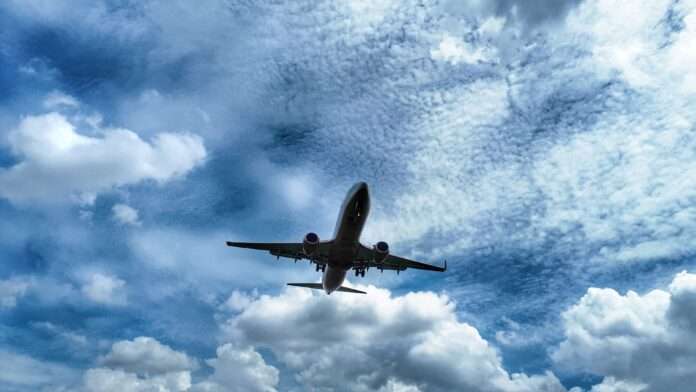 CAPA India, a leading aviation consultancy, in its annual outlook for the Indian aviation industry has predicted that international air traffic is expected to reach 55-60 million passengers, around 20 per cent below pre-Covid levels by the end of this year. Domestic air traffic is expected to reach close to 140 million passengers in FY2023 – perhaps, slightly lower that FY 2020, reported ETTravelWorld.

CAPA India, in a virtual session, said that the impact of high fares is becoming apparent in Q2 with traffic recovery slowing down. The domestic operational capacity deployed by Indian airlines recovered faster than the traffic in FY 2022. Capacity recovered to 70 per cent of pre-Covid levels but passenger traffic only reached 60 per cent of the pre-Covid levels. This indicated that domestic air traffic will take more time to recover fully to reach 100 per cent levels of 2019.

CAPA India mentioned that Indian carriers were unlikely to continue with current fare levels, especially in Q2. “Fares are expected to moderate significantly in Q2 and going forward. The removal of price regulation will see the return of pre-Covid competitive intensity.” CAPA India cautioned that the removal of fare caps could lead to much higher losses. “The Indian airline losses expected to moderate from around USD 3 billion in FY22 (including adjustments) to around USD 1.4-1.7 billion in FY23, with the Low Cost Carriers (LCCs) to account for around USD 400-600 million and Full Service Carriers (FSCs) around USD 1.1 billion.”

As for aircraft deliveries, CAPA India pointed out that these were expected to be moderate at around 40+ inductions. Net additions to the fleet would be lower due to some of these aircraft being used for replacement.

CAPA India predicted that Indian airport operators were expected to report a modest profit of USD 420 million in FY23. “However, if the revenue share for FY 21 and FY 22 is also to be paid in FY23 the industry may end up only breaking-even,” it added.

Consolidation is also expected in the airport sector within the next 12 months, possibly sooner

In its forecast for FY2023, CAPA India said that the Indian aviation sector will see consolidation around two or three major players in each segment: Airlines, Airports, Ground Handling, MRO and Distribution. This will have a critical impact on consumer interests and competition in the near term. CAPA India also pointed out that the long-term impact of Covid and likely losses in FY2023 will make it very difficult for players in the industry to raise funds. “The industry will require recapitalisation of around USD 2 to 2.5 billion. Up to USD 1.4bn of this can be easily raised, however, around USD 800 million may be difficult, as was the case last year. IndiGo’s earlier planned QIP is likely to be back on the table,” it said.

Consolidation is also expected in the airport sector within the next 12 months, possibly sooner, CAPA India added. “We continue to believe that consolidation is inevitable amongst Indian airlines, even after Air India’s privatisation.”

The aviation consultancy also analysed the impact of key strategic issues such as the privatisation of national carrier Air India and its handover to Tatas and the emergence of new carriers, Akasa Air and Jet Airways,

“In many ways the Covid-19 pandemic was easier to navigate than the current environment because the entire eco-system rallied behind the aviation industry. Governments infused close to USD 175-200 billion (some of which will be waived off), and lessors, airport operators, service providers, employees and financial institutions took haircuts, deferred payments, and reduced charges. Low fuel prices also helped but the coming days will be challenging for the industry amidst high fuel prices,” CAPA India said in its India outlook.