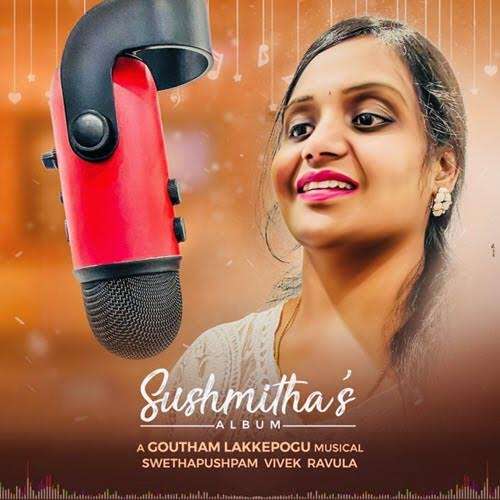 Sushmitha Vuppala (Instagram @SingerSushmitha) is all set to launch her album. The Indian-origin Australian singer has become a symbol of woman empowerment.

“Since I was a kid, I loved singing and stage performances. When I was 10, I became obsessed with Carnatic music,” Sushmitha Vuppala told Deccan Herald. “I think the idea of singing something melodious and changing the mood of the room resonated with me.”

After completing her B.Com in computers at Kakatiya University in Telangana, Sushmitha travelled to Australia along with her husband. However, as a woman and mother of 2, she had to balance and maintain a tightrope walk between her home and her passion.

During the covid crisis, Australia implemented one of the most demanding travel bans extending for more than two years. So, she got stuck in India with her two kids for over nine months. Although children were not allowed to play outside during lockdowns, she discovered singing to her kids added joy to her life! Singing was the perfect way to keep them as calm as possible, especially when they could be throwing tantrums during the lockdown.

She will be the first Indian-Australian to launch a private music album in Telugu on 150+ global platforms and aims to set a record in the Asian book of records. Goutham Lakkepogu will be a musician for the album, and Swethapushpam Vivek will be a lyricist. Her album is set to launch by the end of this year

She started organising virtual singing concerts and received accolades from many in her circle. She started realising how singing was helping to promote positive feelings.

When the travel ban was lifted, she travelled to Australia with her children and expressed her desire to pursue singing as a career to her husband. With her family’s full support, she was victorious.

She performed on global stages in various parts of the world, giving multiple concerts in four languages in front of thousands. Currently, she is pursuing her advanced voice training under the guidance of Padma Bhushan singer K S Chitra.

As she told Deccan Herald, “If you prioritise your passions and aim for the sky, it’s wonderful how much you can achieve.”

She has received accolades from all corners of the world, including world-renowned Australian cricketers, Bigg Boss celebrities and moviestars.

She will be the first Indian-Australian to launch a private music album in Telugu on 150+ global platforms and aims to set a record in the Asian book of records. Goutham Lakkepogu will be a musician for the album, and Swethapushpam Vivek will be a lyricist. Her album is set to launch by the end of this year.