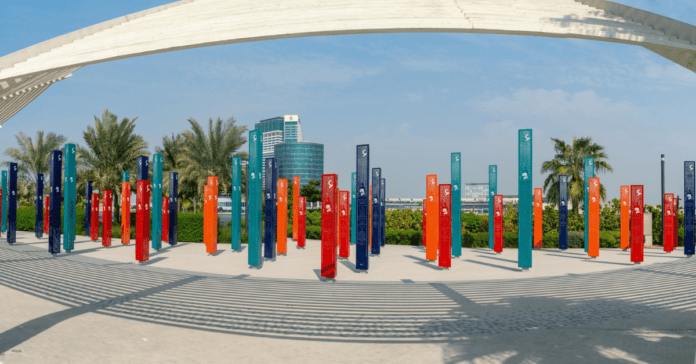 The phenomenal success of the Mohammed bin Rashid Library in achieving this turnout of visitors and members during this short period is a clear indication of the viability of the vision of His Highness Sheikh Mohammed bin Rashid Al Maktoum, Vice President and Prime Minister of the UAE and Ruler of Dubai.

Dubai, UAE: Since its opening, the Mohammed bin Rashid Library has attracted more than 40,000 visitors and members of different age groups and nationalities, who explored the Library’s facilities, services, and various sections.

The library also reported that more than 14 thousand books have been read since its inauguration.

The Library’s avant-garde auto-store received around 1,000 requests for borrowing books by Library members.

According to the latest statistics, visitors spent between 2 and 5 hours in the various sections of the library, while visitors’ ages ranged between 5 and 60 years old of different nationalities.

The Periodicals Library, Children’s Library, Young Adults Library, Emirates Library, and General Library took the lead as the most visited sections and the most time spent by visitors.

Those were followed by the Media and Art Library, Business Library, and Maps and Atlases Library.

“The great success of the Mohammed bin Rashid Library in achieving this turnout of visitors and members during this short period is a clear indication of the viability of the vision of His Highness Sheikh Mohammed bin Rashid Al Maktoum, Vice President and Prime Minister of the UAE and Ruler of Dubai, to support and promote the UAE’s comprehensive strategy to strengthen its cultural and intellectual scene while fostering and promoting creativity and knowledge across the Arab world.

in Dubai, the Mohammed Bin Rashid Library welcomes all visitors from different interests, cultural and ethnic backgrounds and age groups,” said Dr. Mohammed Salem Al Mazrouei, member of the Board of Trustees of the Mohammed bin Rashid Al Maktoum Library.

The Periodicals Library provides academics, businessmen, students, researchers, and the public with access to a wide range of over 6000 titles in Arabic and English from both new and old magazines, newspapers, newsletters and other periodicals in print and digital formats. Visitors stay in the library between two and five hours, with ages ranging between 30-60 years.

The Media and Art Library

Visitors stay in the library between one and two hours, with ages ranging between 16-60 years.

The Young Adults Library, which includes one of the largest reading collections in the region for young adults, offers around 11,000 titles, covering useful, exciting, and interesting genres, including books and novels in fantasy, science fiction, as well as biographies, art, culture, science and sports, and an impressive collection of comics, attracting youth between the ages of 12,15 and 20, where they spent between two to three hours.

The library also includes a collection of books and publications targeting children of determination, such as talking books, Braille books for the visually impaired, and sensory books. The library attracted children aged between 5 and 12 with their parents, where they spent 2-3 hours and participated in various complementary workshops and activities.

The Business Library contains nearly 25,000 titles on business administration, in addition to e-books, and electronic resources such as business databases. It also provides access to company information, directories and reports. Visitors to the library were between 18-60 years of age, spending around one to two hours.

Visitors to the Emirates Library, between the age group of 20-60 years, spent between 15 minutes and 3 hours there. The library offered them access to more than 15,000 titles, including a wide range of books, documents and periodicals on everything related to the components of Emirati cultural and social identity, such as Emirati cuisine, local archeology, poetry, history, music and handicrafts, in addition to the flora and fauna in the UAE.

The Maps and Atlases Library

The Maps and Atlases Library is one of the region’s most comprehensive and rich libraries. It includes a wide range of holdings and knowledge treasures, consisting of more than 3,000 printed maps, manuscripts, and digital media in various languages.

Visitors, mostly researchers, historians, academics, travellers and students between 18-60 years of age, spent between 15 minutes and one hours in it.

The General Library is one of the largest departments in Mohammed bin Rashid Library; It includes more than 29,000 titles with various topics that suit different interests, such as languages, history, geography, philosophy, health, sports, self-development, and literature, including novels and short stories, available in both Arabic and English. Visitors were between 16-60 years of age and spent between 30 minutes to three hours in the library.

The Treasures of The Library Exhibition

With more than 3,500 tickets sold, the Treasures of The Library Exhibition hosts an amazing collection of ancient and rare books, atlases and manuscripts, some of which date back to the 13th century, in addition to rare early copies of the Holy Quran, early editions of classic prints, and Latin translations of scientific sources dating back to the Islamic Golden Age.

A Vision to Spark Passion

The Mohammed Bin Rashid Library intends to spark a passion for knowledge throughout UAE society, especially youth, in addition to the conservation and promotion of Arabic literature, culture, and heritage by supporting and promoting reading, research, creativity, and entrepreneurship.

The Library offers free access to a unique collection of books and other knowledge resources, as well as providing high-quality information services and launching leading cultural events.

The Library is one of the world’s most technologically-advanced libraries, utilising artificial intelligence (AI), augmented reality (AR), holograms, and smart robots.

Share
Facebook
Twitter
WhatsApp
Previous articleDaughters’ testimony lands father in jail for life
Next articleADMAF, MEI launch commemorative books Portrait of a Nation II and The Art of the Emirates II, in the US