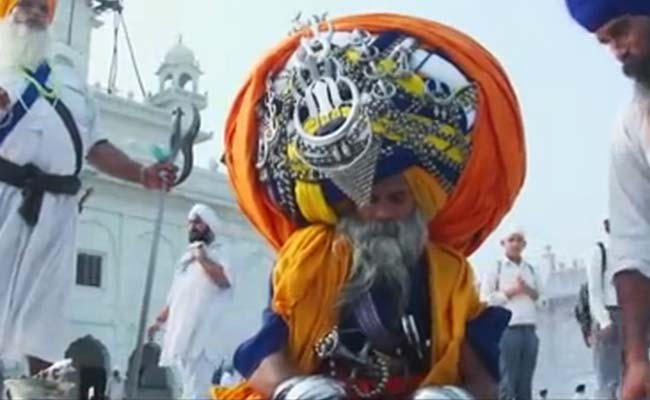 The duo has already sent a video of their act along with the necessary formalities to the Guinness World Records for consideration.

Amritsar: Two brothers from Sarhali village in Tarn Taran district are trying to enter the Guinness Book ofWorld Records by tying turbans on a moving motorcycle, a report in  The Tribune, says.

The duo has already sent a video of their act along with the necessary formalities to the Guinness World Records for consideration.

Eldest of the two Baldev Singh tied a 10-m-long dumala (round turban) while standing on a eight-ft ladder on a moving bike, while his brother Arjan Singh tied a 30-m-long turban as he sat facing backwards as a pillion rider.

The brothers said they completed the task in two minutes and 40 seconds, while the bike covered a distance of 1.5 km.

Talking to The Tribune, Baldev Singh said, “I was in Class X when I saw policemen performing stunts on a motor cycle during the Independence Day parade. It so captivated me that I kept thinking it about weeks.” Baldev said since then he had been practising stunts on bike.

He added that his love for turbans and bike stunts inspired him to create a fusion. “I thought of tying a turban while performing stunts on a bike because so far nobody has ever done it,” he said, adding that usually people tie a seven-metre-long turban, but as he wanted to create a world record, he used a longer cloth.

Arjan added that being the youngest brother he was always fascinated by what his elder brother was doing. “We also teach youth to tie beautiful turbans and are known as turban brothers in our friend circle,” said Arjan. He said Baldev could tie turban in 85 different styles and was earlier honoured by the Canadian Sikh community for promoting turban.

Share
Facebook
Twitter
WhatsApp
Previous articleIndian students in US are fighting a losing battle against rising expenses
Next articleAmarnath Yatra suspended due to bad weather, unfit condition of J-K highway