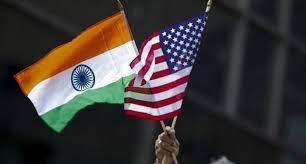 “In the last three years, more than 100,000 people have chosen to migrate to the US than to Canada, Australia, and the UK. Over 78,000 Indians have acquired US citizenship.”

Problems of securing a work-based visa notwithstanding (the H-1B visas were difficult to secure during the Trump era in the United States) and today the almost impossible wait for a green card notwithstanding, Indian immigrants are keen to make the US their homes. According to data released by the Ministry of External Affairs (MEA) in India, more than 160,000 Indians renounced their citizenship in 2021 and the US was the most sought-after country.

In the last three years, more than 100,000 people have chosen to migrate to the US than to Canada, Australia, and the UK. Over 78,000 Indians have acquired US citizenship, states a report in americanbazaaronline.com. So, why is the US preferred over other countries by Indian immigrants even as gun related violence numbers in that country go up?

“The US also has a large consumer market and free trade agreements with 20 countries, and that means more customers and abundant revenue.”

“The reasons for this are clear as daylight. The US houses nearly 4,000 universities that include the world’s most elite and prestigious ones,” Dilli Bhatta, lead attorney at Applyusavisa.com was quoted saying in the report. He went on to say, “Students also have the option to study in community colleges, which are less expensive and have a plethora of courses, be it in arts, technology, or STEM fields,” he says. “The research infrastructure also attracts PhD aspirants and every student dreams of finding employment and eventually getting a green card.”

Add to this the success stories of Indians like Sundar Pichai and Satya Nadella and that is motivation enough for students who hope to excel in their chosen fields and build a life here.

A 2020 study by the Columbia Business School, mentions that the Indian-American households have the single-highest income level in the country, which is twice more than the income of the US population.

“Over 12% of the country’s immigrants come through employment-based green cards, after spending some time in the country through the H-1B visa programme,” Bhatta noted. “The country only lets in people who are likely to succeed and the results for everyone to see. Also, the country’s lower corporate taxes attract businessmen to invest there.”

The robust economic scene despite the current inflation also makes the US one of the top destinations for Foreign Direct Investments, said Bhatta.

“The US also has a large consumer market and free trade agreements with 20 countries, and that means more customers and abundant revenue.”