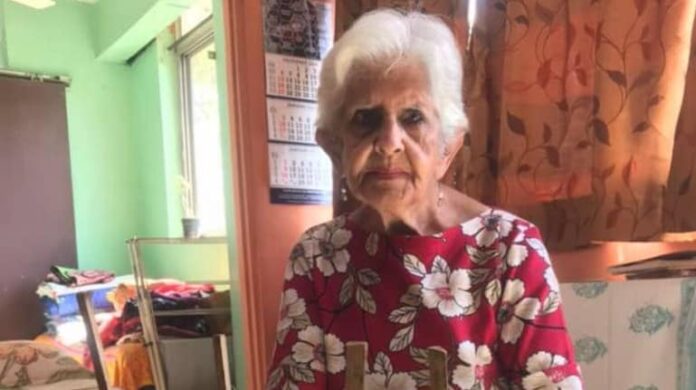 RAWALPINDI: An Indian woman’s dream of visiting her ancestral home in Rawalpindi came true 75 years after Partition, when Pakistan granted 90-year-old Reena Chhibber Varma a visa and she arrived here on Saturday. July 16, via the Wagah-Attari border, a report ln The Tribune, Chandigarh, says.

Moist-eyed Varma, immediately on arrival in Pakistan, left for her hometown Rawalpindi, where she will visit her ancestral dwelling Prem Niwas, her school, and childhood friends.

In a video she uploaded on social media, Varma, who is from Pune, said her family was living on the Devi College Road in Rawalpindi at the time of Partition.

“My elder siblings had Muslim friends who would come to our home as my father was a man of liberal ideas and had no issue in meetings with boys and girls. Before the Partition, there was no such issue of Hindus and Muslims. This happened after the Partition,” she said.

“Although the Partition of India was wrong, now that it has happened, both the countries should work together to ease visa restrictions for all of us,” she said.

The Pakistan High Commission in India, in a goodwill gesture, has issued a three-month visa to Varma, who was only 15 years old when her family moved to India during the Partition in 1947.

Varma had applied for a Pakistani visa in 1965 but failed to get it then as tensions between the two neighbours were high because of the war.

“Although the Partition of India was wrong, now that it has happened, both the countries should work together to ease visa restrictions for all of us,” she said.

The elderly woman said she had expressed her desire to visit her ancestral home on social media last year.

Sajjad Haider, a Pakistani citizen, contacted her on social media and sent her images of her home in Rawalpindi.

Recently, she again applied for a Pakistani visa which was denied.

She then tagged her desire to Pakistan’s Minister of State on Foreign Affairs Hina Rabbani Khar, who facilitated her visa to visit her ancestral town.