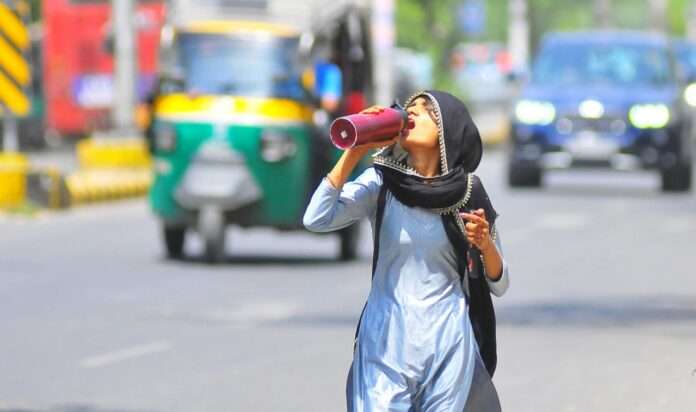 An intense heat-wave scorched parts of north India on Sunday with places in Delhi and Uttar Pradesh recording 49 degrees Celsius and above while the weather office has warned of heavy rainfall across Kerala and sounded a red alert for five districts.

Banda district in Uttar Pradesh’s Bundelkhand region recorded the maximum day temperature of 49 degrees Celsius, the highest in the state.

According to India Meteorological Department (IMD) data, this was the highest-ever temperature recorded in Banda in May. Churu and Pilani in Rajasthan reported maximum temperatures of 47.9 and 47.7 degrees Celsius, respectively, followed by Sri Ganganagar and Jhansi (47.6), Narnaul (47.5), Khajuraho and Nowgong (47.4) and Hissar (47.2), the IMD said.

While north India braved high temperatures, most parts of the southern peninsula experienced heavy rainfall with Kerala and Lakshadweep reporting heavy spells of 52.2 mm and 57.7 mm on Sunday, respectively.

The IMD had issued a warning of heavy rainfall across Kerala and sounded a red alert for five districts – Ernakulam, Idukki, Thrissur, Malappuram and Kozhikode.

“Southwest Monsoon is likely to advance into South Andaman Sea, Nicobar Islands and the adjoining Southeast Bay of Bengal during next 24 hours,” the weather office said.