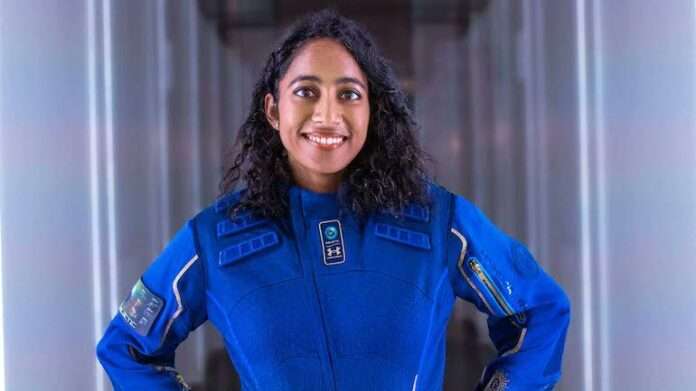 Bandla and the crew made history after successfully completing Virgin Galactic’s first fully crewed spaceflight. Incidentally, Bandla, the Vice-President of Government Affairs and Research Operations at Virgin Galactic, became only the fourth person of Indian origin ever to go past the Kármán line

India-born Sirisha Bandla, the fourth person of Indian origin ever to go past the line of space, also known as the Kármán line, recently talked about making space tourism more affordable, conducting research in microgravity, and what the Indian space industry can offer to the world. Speaking to Mint’s Lounge, Bandla, who was on Virgin Galactic’s VSS Unity spacecraft with three other crew members – among them was the company’s founder, Richard Branson – on July 11, 2021, said she was not nervous about the spaceflight. Bandla, who visited India recently, speaking to Lounge said: “Having been with the company since 2015, knowing the team, the culture and that we have a very strong safety foundation — I wasn’t. I slept very well the night before.”

Bandla and the crew made history after successfully completing Virgin Galactic’s first fully crewed spaceflight. Incidentally, Bandla, the Vice-President of Government Affairs and Research Operations at Virgin Galactic, became only the fourth person of Indian origin ever to go past the Kármán line.

In the interview with Lounge, Bandla speaks about making space tourism more affordable, conducting research in microgravity, and what the Indian space industry can offer to the world.

Bandla was born in a Telugu-speaking family in the Guntur district of Andhra Pradesh. After her birth, the family moved to Tenali in Guntur. Until the age of five, Sirisha split her time between her grandfather’s house in Hyderabad, and her grandmother’s house in Tenali. Sirisha Bandla later moved to Houston, United States with her parents.

There she received her bachelor’s degree in aeronautical engineering from Purdue University. Later she got her master’s degree in business administration from the George Washington University. Bandla hoped to become a NASA astronaut but was ruled out on medical grounds due to her eyesight. She worked for the Commercial Spaceflight Federation as an aerospace engineer with Matthew Isakowitz and later co-founded the Matthew Isakowitz Fellowship in his honour.

She said to Lounge that she keeps on coming back to India “because a lot of my family still lives in India but I haven’t been here since pre-pandemic. We have some future astronauts and customers that are from India. Some of them live overseas. For us, as we get into commercial operations, I am hoping to see a lot more work with researchers and scientists in India”. She went on to mention that “India has always been on the forefront of science and technology. We would love to be a part of that as a partner to enable more science and technology from a sub-orbital space platform”.

She also recounted her space trip: “The whole trip is 90 minutes. The time in microgravity is three-four minutes.You think that is not too long but you can do a lot of science and technology development in that time. The innovative part of it is that it is going to happen often…Sub-orbital vehicles, especially Virgin Galactic, are going to be flying at a cadence much higher than you see orbital vehicles flying. So researchers have an opportunity to fly multiple times, do iterative development, build campaigns, test hypotheses and do it again”.

Speaking about the space fights, she said, “What you can expect is those cadence of flights…. The frequency of flights, access to space, creating those opportunities not only for tourism purposes, which I do think have a great effect on humanity, and also for research purposes…You are also seeing a diversity of vehicles entering the market. You will have a pipeline, especially from the science side, of researchers conducting work on parabolic aircraft and then moving to sub-orbital. Then moving to orbital (aircraft) if they need to. A lot of our researchers have found that the time they have had in sub-orbital space is enough.

“From a very young age she had this ambition to explore the sky, the moon, and the stars. Sirisha had set her eyes on space, and I am not at all surprised that she is all set to realise her dream.”

As we move forward, you are seeing these vehicles that people have been talking about come to fruition and fly, and fly often. That’s really key: the increased access to space.”

Bandla spoke also about those willing to take the space flight at a whopping $450,000 a ticket: “$450,000 is our current ticket price. We have over 800 people ready and excited to fly. As we scale up—we have two spaceships now—we are going to be manufacturing a fleet and getting to a cadence of 400 flights per year out of the spaceport. We hope to see that scale bringing the price down in the future…Looking at our customers, each person has a different reason for wanting to go to space. One of our customers (in India) is in Hyderabad. For some people, it is the thing that they want to do.”

As for Isro, the Indian space agency, Bandla told Lounge, “Isro has been working on investing in capabilities on orbit, to monitor climate, adverse weather. I think that really showcases a space agency’s strength—not only to drive science and our knowledge sphere outward into the universe but use that information to help the country and the people living in it. I think Isro is doing a great job. With the increase in the number of flights and commercial capabilities, partnerships with agencies to do some of the more ‘mundane’ tasks will free up resources for the government to do even more ambitious things that don’t have a commercial market yet. So, partnerships with the commercial industry isn’t a competition. It is a supplement to aid an agency’s existing missions and objectives.”

Sirisha joined Virgin Galactic in 2015. The Virgin Galactic Unity 22 test flight with Sir Richard Branson, Dave Mackay, Michael Masucci, Beth Moses and Colin Bennett flew 85 km (53 mi) above Earth, thereby qualifying the crew as FAA commercial astronauts. During the flight, Sirisha Bandla conducted an experiment from the University of Florida to investigate how plants react to the change in gravity.

About her flight, Sirisha’s grandfather, Dr Bandla Ragaiah, said: “From a very young age she had this ambition to explore the sky, the moon, and the stars. Sirisha had set her eyes on space, and I am not at all surprised that she is all set to realise her dream.”