India could bring in compulsory safety ratings for cars 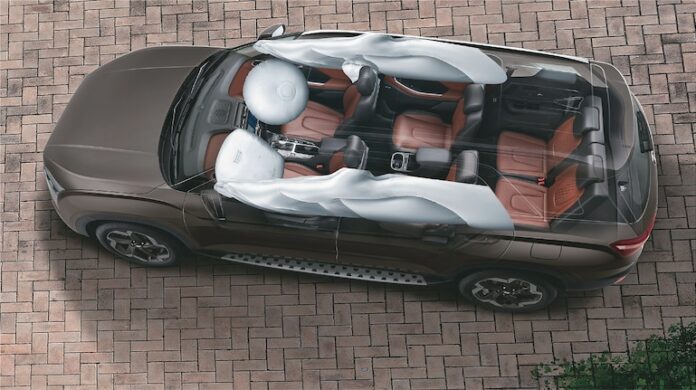 There had been plans to not make the safety ratings compulsory

Cars in India could be rated on safety soon. The move could come even as the government looks at making star ratings compulsory for vehicles based on their performance in crash tests and other parameters.

The requirement is likely to become part of regulations under the Bharat New Car Assessment Programme (Bharat NCAP), according to a senior government official, reported ET. There had been plans to not make the safety ratings compulsory. However, there is a move now that it will be necessary to ensure that vehicles made and operated in India were at par on safety with those in developed countries. While automakers must meet all local safety standards, a lower rating would not lead to any penal action against the manufacturer.

“Getting a 4- or 5-star rating is not mandatory, unlike the norms in certain countries. The idea is to have B-NCAP ratings for cars like we have ratings (on energy efficiency) for appliances.” This, said the official to ET, would enable vehicle buyers to make informed decisions.

The minister had then said that star ratings of Indian cars would be crucial not only to ensure structural and passenger safety but also to increase the export-worthiness of vehicles manufactured in India, reported ET

In fact, the ET report mentioned that the government was looking at a slew of measures including the promotion of manufacturing of sturdier vehicles, introduction of advanced traffic monitoring systems and use of artificial intelligence-based technology to minimise human errors on roads. India is 5-7 years behind other major other automobile markets in implementing crash test regulations, according to the official. The government is discussing with industry stakeholders on ways to encourage and ensure that the vehicles sold in the local market do not have low safety standards. “Our regulations are evolving. We are studying Global-NCAP models in the United States, Europe, Korea, and are engaging with manufacturers before notifying the norms.”

While the feeling in the government is that vehicles have become aspirational and they need to be of global standards, manufacturers have said that costs would rise with the enhanced regulations. “Car buyers today do not want to merely commute. For that, they can use public transport. The new-age buyers are millennials, who are conscious of and willing to spend on safety and technology,” said the official while talking to ET.

It may be mentioned that Nitin Gadkari Minister for Road Transport & Highways recently approved the draft notification to introduce Bharat NCAP. The minister had then said that star ratings of Indian cars would be crucial not only to ensure structural and passenger safety but also to increase the export-worthiness of vehicles manufactured in India, reported ET.