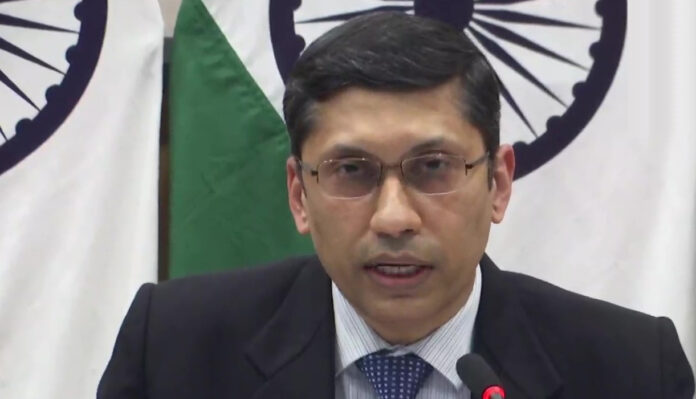 New Delhi: India on Tuesday slammed China and Pakistan for their efforts to encourage third countries to join projects relating to their multi-billion dollar connectivity corridor that passes through Pakistan-Occupied Kashmir, a report in The Tribune, Chandigarh, says.

In a sharp reaction, External Affairs Ministry spokesperson Arindam Bagchi said such activities under the China-Pakistan Economic Corridor (CPEC) are “inherently illegal, illegitimate and unacceptable”, and would be treated accordingly by India.

New Delhi has consistently been critical of projects in the so-called CPEC projects which are in India’s territory that has been illegally occupied by Pakistan.

At a meeting of the CPEC Joint Working Group (JWG) on International Cooperation and Coordination on Friday, Pakistan and China decided to welcome interested third countries to join the flagship CPEC initiative.

“We have seen reports on encouraging proposed participation of third countries in so-called CPEC projects. Any such actions by any party directly infringe on India’s sovereignty and territorial integrity,” Bagchi said.

“India firmly and consistently opposes projects in the so-called CPEC, which are in Indian territory that has been illegally occupied by Pakistan,” he said.

The CPEC was launched in 2013 to improve Pakistan’s road, rail and energy transportation infrastructure besides connecting its deep-sea port of Gwadar with China’s Xinjiang province.

The CPEC is part of China’s ambitious Belt and Road Initiative (BRI).

India has been severely critical of the BRI as CPEC is part of the initiative.