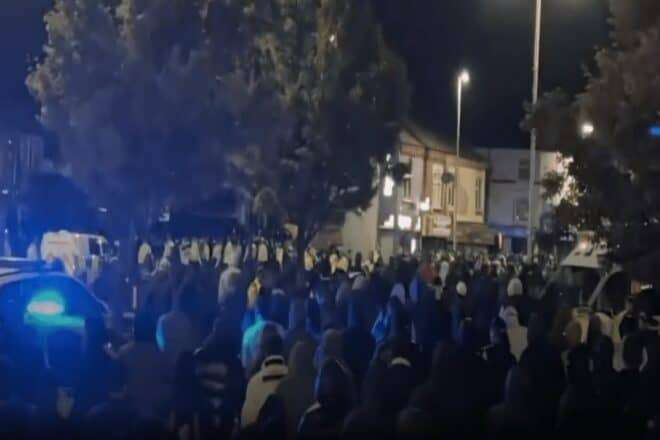 An Indian diaspora-focused organisation of the UK Opposition Labour Party has warned that baseless narratives were being pushed out by extremist groups behind the recent clashes involving some Muslims and Hindus in the city of Leicester, reported PTI.

The Labour Convention of Indian Organisations (LCIO) issued a statement on September 21 to say that it had spoken to the people in Leicester in the days since an India-Pakistan cricket match at the end of last month led to serious disorder and 47 arrests.

The group said it had established that problematic claims, such as the alleged involvement of forces in India, had caused a localised issue to spill over into Birmingham, where instances of a masked crowd chanting intimidating slogans and throwing objects outside a Hindu temple took place recently.

The locals told the organization that extremist groups were pushing three baseless narratives: That diversity in the UK had failed; that the disturbances were being orchestrated by forces from India; and that historic differences meant that we can’t live together peacefully as one community, the LCIO statement noted.

These views, noted the organization, were problematic as these would only polarise a once harmonious community, even further. These narratives caused a local issue to spill over into places such as Birmingham. Community leaders from all sides have been pleading for an end to this violence so that Leicester and its people may live in peace again. Now is the time for people regardless of identity, politics and background to come together on this issue, the statement read.

The LCIO was revived by Indian-origin Labour MP Navendu Mishra on Indian Independence day last month and has the declared aim of connecting British Indians to the Labour Party and to engage with India on the big issues of the day. “We at LCIO are not after votes or political point scoring but have spoken with people in Leicester and are relaying their concerns,” the LCIO statement added.

Leicestershire Police Temporary Chief Constable Rob Nixon issued an open letter to update that the police investigation into the clashes over the weekend remained ongoing and appealed for information.