Indians in Wellington, NZ, to plant trees to mark 75 years of Indian independence 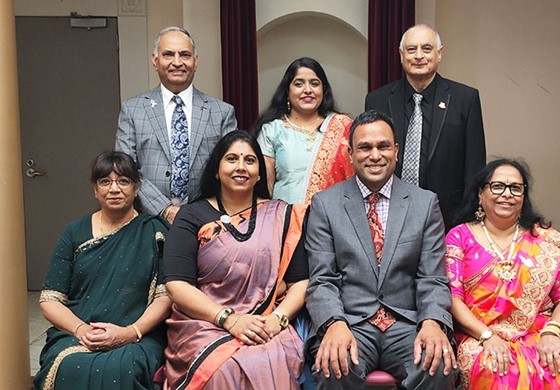 The Wellington Indian Association is collaborating with the Indian High Commission in planting trees to commemorate 75 years of Indian Independence. The tree planting event is scheduled to take place in Newlands in Wellington on August 6, according to Dipak Bhana, association President

The association, formed 125 years ago, had a pre-Covid paid membership of 1200, which currently stands at 690.

Bhana attributed the decline in membership to the adjustments that had to be made in the new Covid environment, such as capping the number of people attending an event and strict adherence to protocols like wearing face masks.

“A key and often invisible component of our function is advocacy,” says the association site. Bhana explained: “The invisibleness is how we put our heads down and get on with doing the job we need to do. We don’t want to draw attention to ourselves. That’s how we integrate with society.”

The advocacy work includes consulting the New Zealand Police and conveying the apprehensions of the community on pressing issues such as the ram raids on the dairies. “We provide feedback to the authorities as to what our members are experiencing. We provide advice to the police, as well as to the immigration officials when they ask for it.”

Hindu festivals such as Navratri, Ganesh Chaturthi and Karva Chauth are celebrated for wider Wellington Hindus. The association also runs a soup kitchen on Tory St to feed the homeless across communities

Bhana said Indian dairy owners had been ram-raided in the Wellington area. “But they tend to keep it private and confidential. They don’t want to publicise it, because once you put it in the news, other people find out, your insurer finds out, and that draws a lot of negative attention which they don’t want.”

Bhana said ram raids were happening despite increased police presence and community patrols. He cited socio-economic factors, including high inflation, as key drivers of crime. According to Bhana, social media played a key role among youngsters looking to advertise their criminal exploits to earn recognition among their peers. “There’s a lot of content on social media that helps would-be criminals to do what they need to do,” Bhana said. The authorities were taking a pro-active approach and pulling down the posts as they came up on social media, Bhana noted. But not all the perpetrators of ram raids came from disadvantaged families. “They’re just doing it for fun,” Bhana said.

In keeping with its stated goal of promoting Hindu culture and religion, the association operates its own temple in Kilbirnie, which is open to the public. Hindu festivals such as Navratri, Ganesh Chaturthi and Karva Chauth are celebrated for wider Wellington Hindus. The association also runs a soup kitchen on Tory St to feed the homeless across communities.