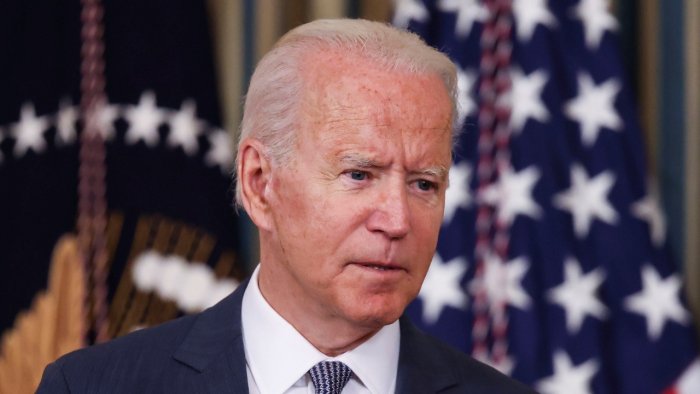 The Department of Homeland Security said it will abide by the decision issued this month, even though it ‘strongly disagrees’

Boston: The Biden administration, reacting to a federal court ruling in Texas, has suspended an order that had focused resources for the arrest and deportation of immigrants or those who are considered a threat to public safety and national security, a report in The Tribune, says.

The Department of Homeland Security said in a statement on Saturday it will abide by the decision issued this month, even though it “strongly disagrees” and is appealing against it.

Immigrant advocates and experts on Monday said the suspension of Biden’s order will only sow fear among immigrant communities.

Many living in the country illegally will now be afraid to leave their homes out of concern they’ll be detained, even if they’re otherwise law-abiding, said Steve Yale-Loehr, an immigration law professor at Cornell University.

Prioritising whom to arrest and deport is a necessity, he said. “We simply don’t have enough ICE agents to pick up and put into proceedings everyone who violates our immigration law,” Yale-Loehr said.

The Texas case centers around a memorandum Homeland Security Secretary Alejandro Mayorkas, issued last September, directing immigration agencies to focus their enforcement efforts on those who represented a threat to national security or public safety or who recently entered the US illegally.

The approach was a departure from President Donald Trump’s administration, when immigration agencies were given wide latitude on whom to arrest, detain and deport, prompting many immigrants without legal status to upend their daily routines to evade detection, such as avoiding driving or even taking sanctuary in churches and other places generally off limits to immigration authorities.

Sarang Sekhavat, political director at the Massachusetts Immigrant and Refugee Advocacy Coalition, the largest such group in New England, said the outcome likely rests on the approach taken by local ICE field offices.

The Texas case centers around a memorandum Homeland Security Secretary Alejandro Mayorkas, issued last September, directing immigration agencies to focus their enforcement efforts on those who represented a threat to national security or public safety or who recently entered the US illegally.

Some ICE offices may elect to go after a wider range of immigrants, while others will continue to focus on going after ones that pose the greatest threats, he said.

“This takes away any kind of centralized guidance,” Sekhavat said. “What this does is really leave it in the hands of the local field office and how they want to go about enforcement.”

Nationwide, ICE officials arrested more than 74,000 immigrants and removed more than 59,000 in the fiscal year that ended in September, according to the agency’s most recent annual report. That’s down from the nearly 104,000 arrests and 186,000 deportations the prior fiscal year, according to ICE data.