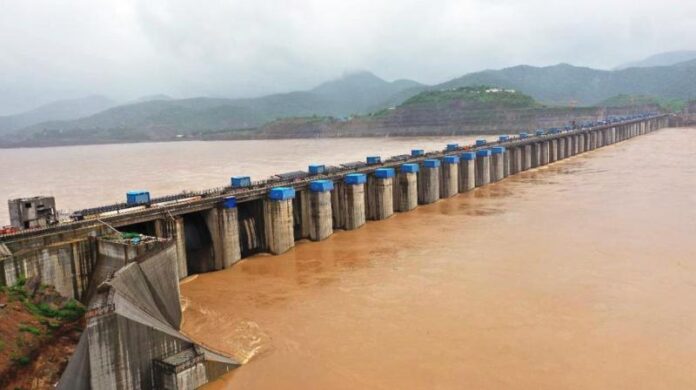 Addressing a press conference in Hyderabad, TRS leaders demanded a reduction in the height of the Polavaram project, accusing the AP government of changing the original plan, to increase the height by three metres.

HYDERABAD/VIJAYAWADA: Transport minister Puvvada Ajay Kumar on Tuesday, July 19, held Andhra Pradesh’s Polavaram project responsible for the flooding of the Godavari river at Bhadrachalam, sparking off a row with the neighbouring Telugu state, a report in the Deccan Chronicle, says.

The comments evoked a strong response from AP ministers Botsa Satyanarayana and Ambati Rambabu, and led to a series of exchanges, through press statements, between the ministers of the two states.

Addressing a press conference in Hyderabad, TRS leaders demanded a reduction in the height of the Polavaram project, accusing the AP government of changing the original plan, to increase the height by three metres. They alleged negligence on the part of the AP government for releasing water from the Polavaram project, claiming it resulted in Bhadrachalam being flooded.

The TRS leaders demanded the intervention of the Centre to address the issue as the Polavaram project was conferred the status of a national project. Further, they demanded that the Centre pass a Bill in the ongoing monsoon session of the Parliament for the demerger of five villages of AP located in the vicinity of Bhadrachalam, and handover the same to Telangana.

AP ministers condemned the comments made by TRS leaders, with Botsa telling media persons at a press meet in Vijayawada that AP lost revenue as it lost Hyderabad during bifurcation.

“Can we ask now to merge Hyderabad in AP? It is not right to say such things now and resolving the present problem should be the first priority,” he said.

Botsa said that ministers and CM must speak responsibly and that speeches should not be made to provoke others. He also dismissed the claims that water released from AP’s Polavaram project flooded Bhadrachalam. He told Puvvada Ajay not to make unnecessary comments, about revisiting the bifurcation of villages, claiming that the AP government would take necessary relief measures in the five villages.