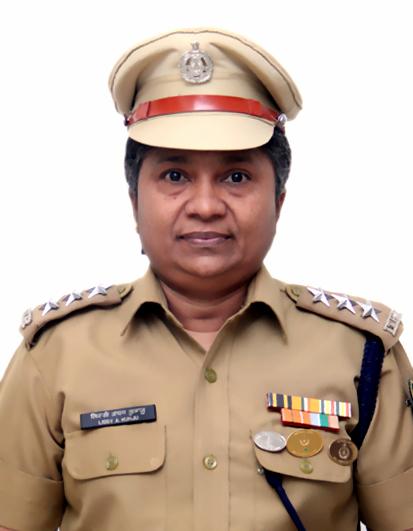 The ITBP Assistant Commandant Matron Achankunju has been selected for her “untiring professionalism and service” to the Force for 33 years. Lissy Achankunju saved many lives during her posting in J-K at the height of militancy between 1993 and 1996.

Lissy Achankunju, an Assistant Commandant Matron with the Indo Tibetan Border Police has been selected for the National Florence Nightingale Award 2021, the highest nursing honour in the country, a report in The Tribune, Chandigarh, says.

President Ram Nath Kovind would be conferring the Award on her soon.

ITBP Assistant Commandant Matron Achankunju has been selected for her “untiring professionalism and service” to the Force for 33 years.

The long list of Achankunju’s services include her time in Jammu and Kashmir where she saved several lives at the peak of militancy between 1993 and 1996.

She single-handedly managed a delivery case at one soldier’s residence in Srinagar in 1995, immediately shifted the newborn to 92 BH (Army Hospital) for further surgical management.

She famously managed a delivery case independently at one soldier’s residence in Srinagar in 1995, immediately shifted the newborn to 92 BH (Army Hospital) for further surgical management.

The Award is the highest distinction a nurse can achieve for selfless service and exceptional professionalism.