Mehul Choksi, Nirav Modi and his brother in more trouble 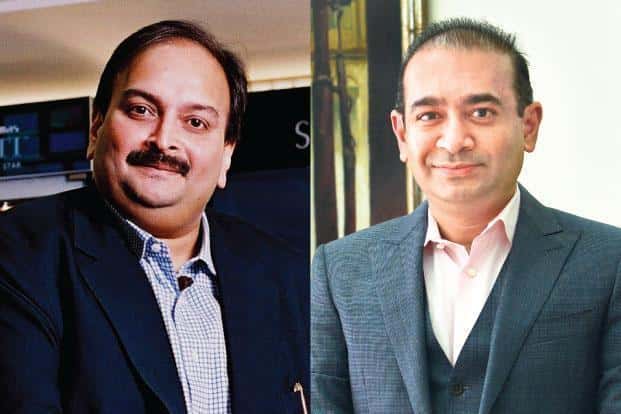 The CBI has also named Bezel Jewellery and its whole-time directors, including Choksi, Chetna Jhaveri, Dinesh Bhatia and Milind Limaye

In a fresh worry for fugitive diamantaire-on-the-run Mehul Choksi, the CBI has filed a FIR against him for allegedly cheating a Canara Bank-led consortium to the tune of Rs 55.27 crore — Canara Bank and the Bank of Maharashtra had sanctioned Rs 30 crore and Rs 25 crore, respectively, as working capital facility under a consortium agreement to Bezel Jewellery — according to a PTI report. The CBI has also named Bezel Jewellery and its whole-time directors, including Choksi, Chetna Jhaveri, Dinesh Bhatia and Milind Limaye.

The FIR mentions that the loan was granted for the manufacture and sale of gold and diamond-studded Jewellery but the company did not use it for any business transactions through the account to hide diversion of funds. Further, the company did not repay the loan, causing a loss of Rs 55.27 crore to the consortium.

Manhattan District Attorney Alvin Bragg Jr said Modi had been convicted for the fraud caused to LLD Diamonds USA, according to a statement released by his office

Incidentally, Choksi — a citizen of Antigua and Barbuda, where he is settled since he fled India in 2018 — is wanted in a Rs 13,500-crore scam in the Punjab National Bank, along with his nephew Nirav Modi.

Meanwhile, Nirav Modi’s brother has been convicted in a $2.6 million diamond fraud in New York. Nehal Modi, brother of fugitive diamantaire Nirav Modi got $2.6 million worth of diamonds fraudulently from a Manhattan-based wholesale firm.

The Modi brothers have been accused in an alleged INR 13,547 crore loss caused to Punjab National Bank and a red corner notice has been issued against Nehal Modi in the case. In fact, both the Central Bureau of Investigation and the Directorate of Enforcement (ED) have filed chargesheets against him.

Manhattan District Attorney Alvin Bragg Jr said Modi had been convicted for the fraud caused to LLD Diamonds USA, according to a statement released by his office.

“This scheme unfolded in the heart of New York City’s historic diamond district, where Mr Modi conned and defrauded a Manhattan business out of millions,” Bragg said. “Here, there was clear and conclusive evidence that Modi obtained these diamonds under false pretences and used them for quick cash,” according to the statement.