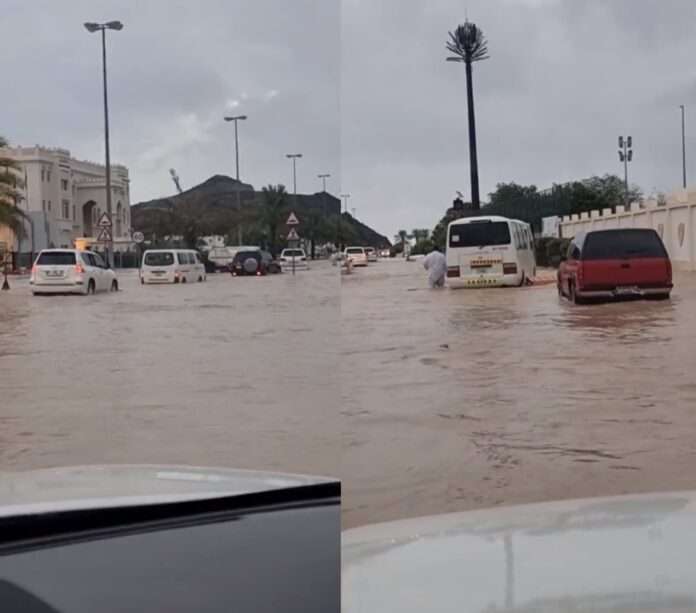 DUBAI, UAE: A total of seven people of Asian descent were confirmed dead on Friday, July 29, after heavy rains caused massive flooding across the Northern and Eastern Emirates of the country, a top official with the UAE Ministry of Interior said, a report in the Khaleej Times, says.

“We regret to inform you that six people of Asian nationalities have been found dead due to the floods in the Emirates,” said Brigadier General Dr Ali Salem Al Tunaiji, director-general of the Ministry of Interior Federal Central Operations.

An update from the ministry followed shortly, saying a seventh Asian person had been found dead after an extensive search mission.

Fujairah has been one of the worst affected paces, receiving the highest rainfall the country has seen in 27 years. Al Tunaiji also said efforts are ongoing to restore everyday life in Ras Al Khaimah, Sharjah, and Fujairah.

“Field units are still carrying out evacuations in some of these areas. There are also some shelters for some individuals whose homes have been exposed to floods,” said the official.

“The good thing is that 80 per cent of the individuals whose homes have been exposed to floods in the past two days have returned to their homes,” he added. Al Tunaiji also said security and civilian units are working together to ensure recovery and return to everyday life.

Fujairah has been one of the worst affected places, receiving the highest rainfall the country seen in 27 years. Al Tunaiji also said efforts are ongoing to restore everyday life in in Ras Al Khaimah, Sharjah, and Fujairah.

Widespread damage to property and business has also been reported as several shops and establishments could not resume their businesses on Friday.

Along with damage to property, livestock, and businesses, not-for-profit animal welfare groups are also struggling to stay afloat.

Lorna Bancroft received a call from Michelle Francis, founder of shelter home Animals and Us Fujairah (AAUF), about being stuck with several dogs and cats after the ground floor of their villa was engulfed in water. More than 50 cats and dogs were then transported to a temporary shelter.