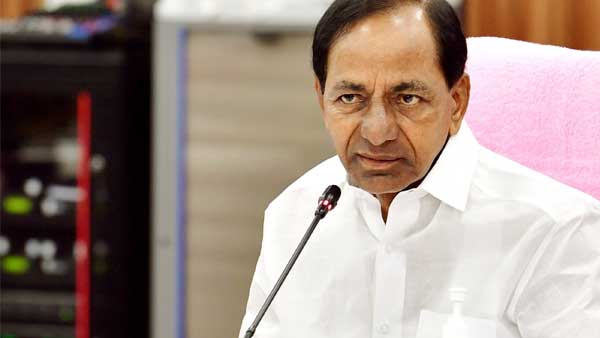 The Chief Minister chaired a high-level meeting with ministers and senior officials at Pragathi Bhavan on Sunday to review the impact of rains and floods on irrigation projects and tanks.

Hyderabad: Telangana Chief Minister K. Chand-rashekar Rao on Sunday, July 10, declared a three-day emergency closure, from July 11 to 13, of all educational institutions in the state due to heavy rains across the state.

The Chief Minister chaired a high-level meeting with ministers and senior officials at Pragathi Bhavan on Sunday to review the impact of rains and floods on irrigation projects and tanks.

Government officials were asked to remain alert, as well as take precautionary steps to prevent loss of life and property due to incessant rains.

Addressing a press conference later, the CM said that because of the incessant rains since the past three-four days, water levels in all major reservoirs, dams and other water bodies had gone far beyond the danger mark.

He alerted people in low-lying areas to remain vigilant as a release of water downstream from projects might cause floods. He directed officials to evacuate people from low-lying areas, with a focus on Nizamabad, Adilabad, Warangal and Khammam.

The Chief Minister has also ordered the National Disaster Response Force (NDRF), state DRF and other rescue teams, as well as helicopters, to stand by for rescue operations.

He said that the state government has also sought the help of the Indian Air Force for rescue operations. He also called for the deployment of rescue teams in Jayashankar Bhupalpally and Kothagudem districts.

Chief Secretary Somesh Kumar was directed to set up a state-level control room and monitor the situation constantly, in coordination with district officials. All collectors of the districts, which were affected due to the rains, were asked to establish control rooms to assist people and take up rescue operations, wherever needed.

People have been advised not to venture out and avoid travel. Officials said that Eturunagaram and Ramannagudem faced a flood threat, with evacuation being carried out in low-lying areas.

Officials of Sangareddy, Medak and Nizamabad have been asked to remain on high alert. Officials of the Telangana State Southern Power Distribution Company Limited were asked to take immediate measures to restore the power supply in case of any interruptions due to rains.

To oversee the rescue and relief operations in low-lying areas, senior IAS and IPS officers will be assigned to each rain-affected district.

Chief Secretary Somesh Kumar was directed to set up a state-level control room and monitor the situation constantly, in coordination with district officials. All collectors of the districts, which were affected due to the rains, were asked to establish control rooms to assist people and take up rescue operations, wherever needed.

They were asked to communicate the latest situation to the Chief Minister’s Office at regular intervals. The irrigation department will monitor the flood levels in reservoirs and barrages in the neighbouring states, to take preventive measures in the downstream projects in Telangana.

Considering the inflows into Hussainsagar, Himayatsagar and Osmansagar, as well as other water bodies in Hyderabad, officials were asked to take all measures to avoid submergence of low-lying areas and evacuate people in case of flooding.

The CM stated that a huge inflow of about 9.1 lakh cusecs was recorded at the Sammakka barrage on the Godavari river. The Sri Ram Sagar project, which has already reached 68 TMC capacity, is expected to reach its full capacity by Monday, with over 4 lakh cusecs of inflows at present.

The CM said two labourers from Srikakulam district in Andhra Pradesh died following a wall collapse in Nalgonda district on Sunday. An ex gratia of `3 lakh each was given to the bereaved families.

According to data from the Telangana State Development Planning Society, Mudhole in Nirmal district received the highest rainfall in the state at 203.5 mm. About seven places in Nizamabad district got over 150 mm of rain. Mancherial and Kamareddy districts also received heavy rainfall.

In Hyderabad, Borabanda got the maximum rainfall of 31 mm followed by Hafeezpet (26.8 mm) and Madhapur (21.8 mm), with more rainfall expected later.

For Hyderabad, IMD forecast light to moderate rain or thundershowers. “At times intense spells are very likely to occur in the city,” it said.
IMD has issued an advisory to crop and livestock farmers in view of the heavy rainfall in the state.

Farmers have been advised to drain out excess water from the fields of rain-fed crops like cotton, red gram and maize by making water channels. “For vegetables, they can apply carbofuran 3G granules and spray profenophos. Taking up sowing of cotton up to July 20 is recommended and 20-24 kg of phosphorus per acre can be applied at the time of sowing,” it said.

During thunderstorms accompanied by lightning and gusty winds, IMD said livestock rearers must keep animals away from open water, ponds, rivers, tractors and other metal equipment at farms. “Avoid tying cattle to electrical poles and tree trunks,” states the advisory from IMD.